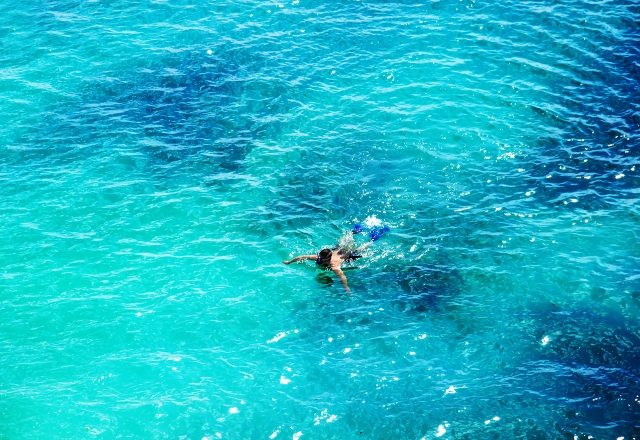 Cancun is truly a premier destination in the Mexican Caribbean. There are just lots of reasons to that. Visitors flock to Cancun its unique beaches, the luxury of its upscale resorts, a wide variety of festivals and sporting events, an exciting nightlife and many other things. Above all, it is Cancun’s natural beauty that will make you keep coming back! The natural wonders of Cancun are as varied as the ways in which you can explore them. You’ll connect to nature as you never had before! Luckily, during the last decades, protected land and marine areas in Mexico began to crop up. Vacationers can choose from a wide range of parks where they can discover the underwater wonders of the Mexican Caribbean. Kayaking, sailing in glass-bottomed boats, snorkeling and diving are only some of the ways in which you’ll make your encounter with a whole new world, the underwater world.

One of the best hidden places in Mexico is the Chinchorro Bank Biosphere Reserve, located in the Southeast coast of the Yucatan Peninsula, near the border with Belize. This is dive site remains almost unexplored, perhaps because the drive from Cancun International Airport is about 4,5 hours, but it’s definitely worth the drive and the time! Being both remote and inaccessible (a special permit is needed) have contributed to keeping this place as one of the last unspoiled dive sites left in the world. This reserve is home to the largest commercial populations of Caribbean lobster and pink conch. Also, sea turtles choose this area as their nesting ground, so you’ll see plenty of them!

Chinchorro Bank is an atoll reef (i.e.: a reef located on an island in the middle of the ocean) which lies in Mexican waters, about 22 miles from Cancun offshore in the Caribbean Sea. Chinchorro is the largest coral reef atoll in the Americas as well as one of the greatest attractions in the Mayan Riviera. It is about 25 miles long and 9.9 miles wide -at its widest point-. Shipwrecks are scattered around the three islands or actually kays (namely Cayo Norte, Cayo Centro, and Cayo Lobos) that make up the allot. None of them feature permanent settlements. These remains are among the best shipwreck dive sites in the planet. It’s like a ship’s graveyard, only not as creepy as a real cemetery! The sea floor is covered with the wrecks of vessels that have crashed over the coral formation over the centuries. No dive site can match this! The Mexican Federal Government made the decision of designating Chinchorro Bank a Biosphere Reserve in July, 1996, as part of UNESCO’s Man and the Biosphere Program. The Reserve aims to reducing the biodiversity loss, improving the lives of the community members and contributing to environmental sustainability.

The boat ride from Xcalat (the Southernmost and oldest town in the Mexican Caribbean) is 36 nautical miles, being the Summer the most suitable season for the journey because this is when the ocean waters are the calmest. Cayo Centro features a crocodile-filled and inner reef lagoon and hike trails where you’ll also encounter some incredibly giant iguanas. In the outer reef, dive site depths may vary from 30 to as much as 130 feet. It’s like a dream come true! However, snorkeling is awesome too, since most sites are located among walls that offer plenty of shallow water for snorkelers.

There really aren’t enough accurate words to describe exactly what it feels to explore Bancho Chinchorro, but I’ll give my best shot to it. This is just one of those places whose immensity and incredible natural beauty is just overwhelming. This place has witnessed almost 200 shipwrecks, dating back to as much as the 16th century. You could see anything, from tankers to 17th century Spanish galleons.

An offshore reef, Chinchorro is a dive site where large animal encounters are just commonplace! Besides, you’ll get to see plenty of species of soft coral that are seldom found in the Great Mayan Reef! You’ll discover black coral at really unusual shallow depths, all kinds of colored tropical fish, rays, eels, conch and giant sponges. These pristine underwater sites are a paradise for both trained divers and snorkelers and newbies alike! The marine life is absolutely undisturbed by divers and the fish seem to be even willing to interact. That means you’ll get the best snapshots ever!

Since 2010, multi-day trips became available. This means you’ll be able to fully enjoy and know all that there’s to see and do in Chinchorro and not just spend a couple of hours in the outer reef. You’ll get the chance to talk to park rangers and fishermen and learn how sustainable fishery is changing our seas. You could even help by partaking in sustainability projects!

This site is a must visit while vacationing in Cancun. Also, this is such a touching experience, you may end up becoming one of those special people who help make this world a better place to live in.