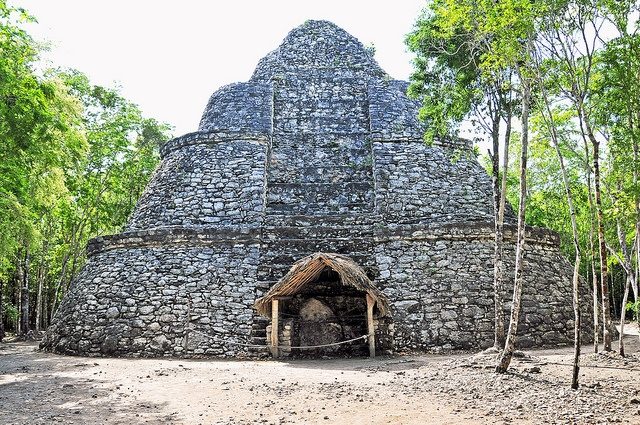 Cancun is probably one of the Western Hemisphere’s biggest tourist destinations, drawing as many as 6 million visitors (mostly from the USA) year after year. This world-class resorted beach destination in the Yucatan Peninsula has totally outdone Acapulco since the 1970s, when careful planning began in order to create the perfect Mexican vacation destination. And they did it! Also, this is a city where partying just never ends.

As Cancun was becoming a major resort destination, excavations were started everywhere around, since city planners realised the ruins were also a tourist attraction. Dare to unveil the secrets of the Mayan World! Cancun is located in the Mayan Riviera, so day trippers will be excited to learn that there are many archaeological sites nearby! The ruins are there for us to explore them and admire them. Leave Cancun behind for some hours and take a trip to the impressive mayan ruins of Coba. Learn the history and culture of this ancient community, rent a bike and take a quick tour on wheels, climb to the top of the tallest pyramid in Yucatan! Options are multiple! It only takes your determination to live this once-in-a-lifetime experience.

Coba (Mayan for ‘waters stirred by the wind’) is an ancient Mayan village in the state of Quintana Roo, some 95 miles away from Cancun. It’s set deep in the middle of the jungle and there’s a lot of excavation work that hasn’t been done yet. Coba is surrounded by two gigantic laggons filled with aligators! So be careful if you’re planning on having a picnic next to one of them. Or at least, bring some extra food for them!

Despite being great in size and having over 6,500 structures (most of them still unexcavated), its isolated location make it less popular among tourists. This opens up the opportunity of exploring this magnificent site before it gets too crowded! The only access to the city used to be the ‘sacbeob’, or stone-paved pathways connecting all the important cities during the Mayans’ heyday. These are the same pathways you’re going to walk along while visiting Coba, which was actually the hub for this network of roads.

The top of the gigantic pyramid called Temple of the Church (the second tallest in the Yucatan Peninsula) offers an awe-inspiring view of Lake Macanxoc to the East and Lake Coba to the Southwest. You’ll also see many stelae, glyphs, and sculptures featuring the carvings of Gods and complicated inscriptions in the restored structures, which are only about 500 and are divided in 5 groups connected by well grommed and accurately signaled trails in the jungle. The walk is just fantastic! You’ll hear monkeys and the singing of an immense variety of jungle birds. Ascending to the top of Nohoch Mul (the main attraction in the Nohoch Mul Group) means seeing miles around the jungle, from the top of a 140 feet pyramid, the largest in the Americas. This climb is one you shouldn’t miss!

Seeing the whole of Coba may take about 3 hours at a leisurely pace. Renting bikes is also possible and will make this experience a lot more adventurous. You could just take a roundtrip tour from Cancun or choose to spend the night in this awesome site (it’s an interesting experience and also a way of practicing sustainable tourism), which is my recommendation!