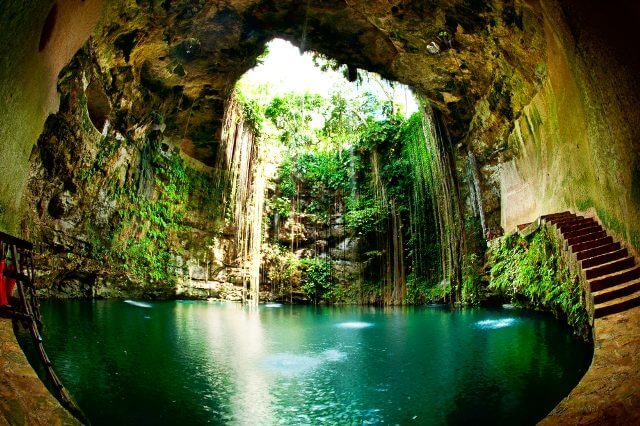 An underwater discovery off the coast of the Yucatan Peninsula has unearthed new pieces of evidence to figure out what the landscape must have been millennia ago.

According to New Scientist, archaeologists recently discovered the skulls of four, short-faced bears that are believed to have gone extinct 11,300 years ago. The remains were found 42 meters underwater in a cave off the coast of the Yucatan Peninsula.

Two of the skulls belong to a pair of adult bears and two to a pair of young bears that had not yet reached maturity, according to the news source.

Yucatan Autonomous University’s Guillermo de Anda Alanis and his team discovered the remains of the animals while diving in a cave. They also found the skeletal remains of five humans close to the cave.

The skulls are making researchers rethink the biogeography of the species in the Americas, since this bear species was believed to reside only in South America. At present, the only specimen of the short-faced bear family resides in Venezuela, according to the news source.