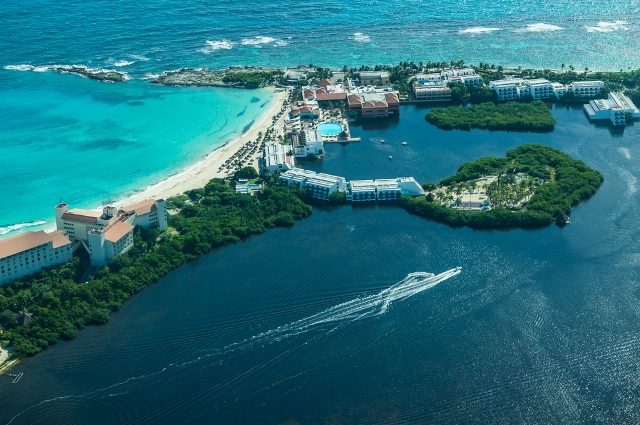 While discovering the beauty of the beaches and city of Cancun, take a look around and you will find a city with a rich and diverse history that dates all the way back to Mayan times.

Cancun was originally known by the Mayan’s as Nizuc, meaning “point of grass” and the name Cancun started appearing on maps in the 18th century, after Spanish colonists began exploring the area.

Development of Cancun started in 1970 when the Mexican government financed the building of the first nine hotels along the pristine beaches and clear water of the Yucatan peninsula. The city hasn’t looked back since, and has continued developing and growing. However, the history still remains, and visitors are encouraged to discover some of the many archaeological sites littering the popular destination.

Sites such as El Rey allow people to visit the ruins of forty seven structures, letting you to wander through religious and administrative areas where fragments of wall paintings explain what life was like when the city was a Mayan hub. The pyramid remains the tallest structure of the site, and is believed to be a place where people of importance were buried and offerings were made.

Many sites like this can be found around Cancun, such as Coba, Tulum and Chichen Itza, where you are free to explore and wander through historical ruins that cannot be found anywhere else in the world.