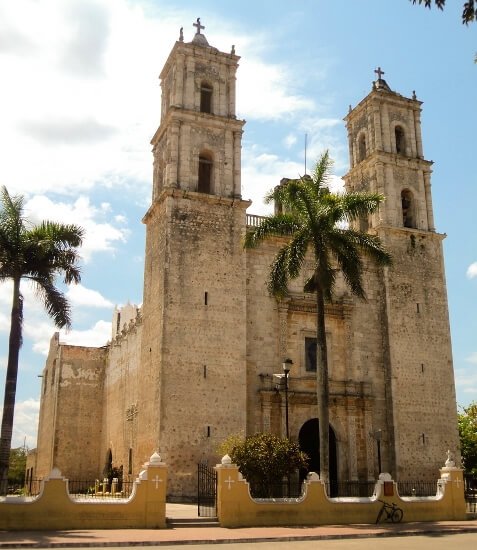 One of the main attractions of Merida, the capital of the state of Yucatan, is the city’s cathedral. A visit to this splendorous church gives history enthusiasts an interesting perspective of the many groups that have influenced Mexican culture.

The construction of the Cathedral of Merida, which is located on the main square or Plaza Mayor, took 37 years (1561-1598.) The unique view of history that this cathedral provides comes from the wide variety of architectural styles that it features.

The edifice was built between the Renaissance and the Baroque periods, and each of these eras is reflected in the building’s construction. The facade puts Renaissance influence on full display, while Baroque elements are clearly visible at the cathedral’s altarpiece.

Meanwhile, the influence of Islamic architecture on the Spanish colonial history can be noticed in the cathedral’s towers and interior, both of which offer great examples of Moorish style.

Additionally, as this cathedral is one of the oldest structures of its type in the Americas, it serves as a significant example of the original blending of European Christianity and the indigenous cultures of Mexico.