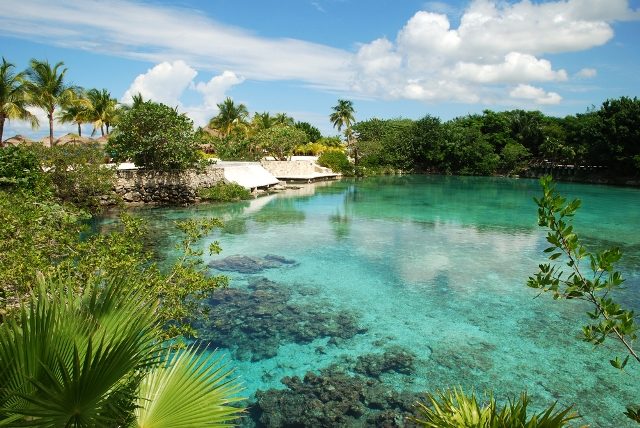 Very close to Cancun is the magnificent island of Cozumel, the biggest in Mexico. This island used to be just a sleepy fishing village, but that was until 1961, when the French oceanographer brought it to attention to the world while describing its surrounding waters as one of the most beautiful spots in the entire world for diving. Ever since, it has become more and more popular with divers from around the globe, who visit Cozumel in search of effortless drift diving and incredibly clear waters and the most amazing reef formations and widest variety of marine life. Most diving spots in Cozumel are located within the Cozumel Reefs National Park.

The Cozumel Reef National Park is a protected area off the coast of the island of Cozumel (also part of Quintana Roo), about 12 miles off the East coast of the Yucatan Peninsula, covering over 29,000 acres of protected ocean. It was declared a National Marine Park upon a national decree by the former Mexican president Ernesto Zedillo Ponce de Leon on July 19, 1996. Although most of Cozumel is surrounded by coral reef, the National Park only encompasses the ones on the South side. This is part of the Mesoamerican Barrier Reef System, also known as the Grand Mayan Reef.

Extending from almost 175 miles between the Gulf of Mexico and Honduras, it is the largest reef in the Americas, and second largest in the entire world (right after the Great Barrier Reef in Australia). The park begins just south of the International Pier and extends all the way down and around Punta Sur, and also includes a tiny part of the island’s East side.

What to do there?

The most popular activities at Cozumel Reef national Park are scuba diving and snorkeling, If you’re looking for the best sites try Columbia Reef, Devil’s Throat (Punta Sur), Maracaibo, Palancar Reef, Paradise Paso del Cedral, San Francisco, Yucab, and the intentionally sunk C-53 Felipe Xicotencatl (which is an artificial reef originating from the “shipwreck”). The ocean is teeming with sea life! These habitats are home to 26 different types of coral and more than 500 fish species, some of them only found in Cozumel (such as the Cozumel Splendid toadfish, which is categorized as a vulnerable species).

You could also visit the Underwater Museum (actually called Museo de Arte Subacuático or MUSA), whose exhibits are scattered close to the seashores surrounding Cancun, Isla Mujeres and, of course, Cozumel.

Only when you see how marvelous this over 11 thousand hectares marine park is, you’ll understand how important it is to preserve it, along with its flora and fauna, for the future generations to come

Do your share to preserve the flora and fauna for future generations! Besides, the park as well as all the living beings found in it, are protected by law.

Come to the Cozumel Reef National Park enjoy the natural environment and help to respect this unique marine park.